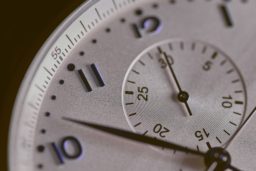 We’ve all had a lot of time alone to think recently, with restrictions forcing people inside and limiting our social contact with others. When we don’t have as much going on in our lives outside of our homes to distract us, we can sometimes end up going down a bit of a negative spiral. One thing that I know some have been thinking about a bit lately is mistakes.

I myself have made my fair share. And being more vulnerable than ‘normal people’ has meant that I don’t always get up, brush myself off and continue on as I did before in a physical sense.

Most recently, I was driving my wheelchair at night and accidentally drove off an unmarked step, fell out, and rammed my head into a beam. And I’d had a few bumps and bruises before that over my 26 years. From slipping over while running in flip flops on wet concrete, to running upstairs in slippers and catching my foot on the top step, to tripping down stairs in the rain at school, and, one time, getting so focused on a game of table tennis back when I was physically able to play that I ran for a shot, kicked a wall and broke my toe. And those are just a few examples.

Not all mistakes involve physical injury, which is true for everybody.

Something I’ve learned, perhaps more quickly due to having a progressive condition that is exacerbated by trauma, is that there’s not much to be achieved by dwelling on mistakes. We all make them. And depending on what the mistake is, chances are we might make it again.

For me, I have fallen over multiple times, and I will likely fall over again. Sure, some of these mistakes may have led to a progression of my condition, but it’s a progressive condition and so would have happened anyway. The only thing I can do to guarantee I won’t fall over is to spend my whole life in bed, but that’s not an option for me. It still wouldn’t stop FOP, but it would stop me living life.

Everyone has always said that we’re supposed to learn from our mistakes, and that’s true in some cases. I fall over doing something and then I change the way I do it, but that doesn’t stop me falling over another way. I think the more important message to take away from our mistakes is how to move on from them, because we must move on. All of the mistakes we each make during our lives are part of the unique tapestries that make us our individual, beautiful and special selves.

We never know when our time on earth is up, but we do know that it’s inevitably going to be a relatively short time.

Photo by Agê Barros on Unsplash

So why should we spend it wallowing in self-pity and feeling bad about ourselves? The honest truth is that we were the ones who made the mistakes. It’s done, and we don’t have a time machine to go back and undo them. And we’re not going to achieve much from overanalysing them and trying to blame someone else; or, conversely, from sitting around blaming ourselves.

But it’s not the end. We all have the strength and ability, metaphorically, to get ourselves up, brush ourselves off and keep on living. We are lucky to have this fleeting time on earth, so we need to make the most of it and not waste it!

25 thoughts on “Moving on from our mistakes”